Tensions in the Middle East have surged recently as Saudi Arabia intercepted a missile launched out of Yemen, allegedly fired by Houthi rebels.  According to the Saudi Press Agency, the missile was made in Iran and likely smuggled into Yemen, reinvigorating the belief that Iran has been arming Houthi rebels.  Saudi Arabia has indicated that tensions may rise further as the Middle East power views the incident as an attack from Iran.  This follows just a day after dozens of government, military and business officials were detained in an effort to combat corruption in Saudi Arabia.  On the back of this, Brent crude traded up above the US $64/bbl level, while WTI managed to settle above the US $57/bbl mark.  The spread between these grades has hovered in the US $6.50-7.00/bbl range over the past day, presenting an arbitrage opportunity for refiners to source US crude as freight rates remain relatively subdued.  With the differential as wide as it is, we expect to see strength in crude exports out of the US Gulf over November.  We note that roughly 2.8 million tons are set to load out of this region in November, surpassing levels witnessed over June and July.  On the basis of a wide Brent-WTI differential, we expect to see  US  crude export levels remain healthy through the remainder of the year; however, some downside risk remains in the recent fall of total crude stocks.  For the balance of 2017, we expect this region to support owners in terms of cargo opportunities as well as slightly higher freight rates with the Caribbean/Singapore route slated to average at  US  $5.0 million b/d in December. 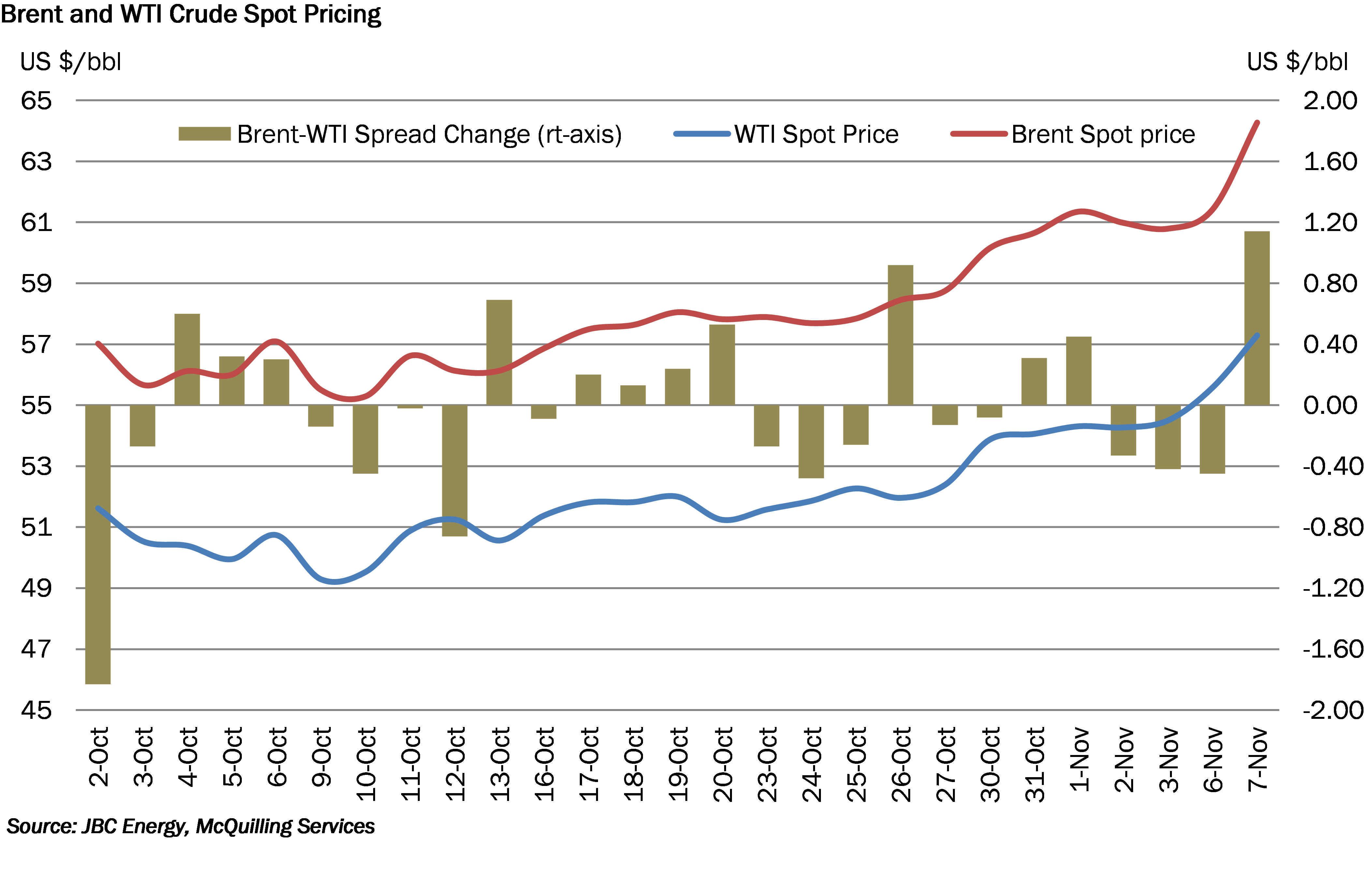