Prior to the Thanksgiving holiday in the US, we expected that TC2 would find some freight rate support in the short-term as we moved into this week with a relatively thin tonnage list.  This expectation has come to fruition over the last two days as TC2 opened to week at WS 125 and has risen to WS 160 as of today.  This 35 WS point run-up is mainly driven by higher gasoline demand in West Africa pulling volumes out of the UKC and thinning the tonnage list in Northern Europe.  With positions tight in the UKC and a relatively healthy amount of interest to move cargoes into the US Atlantic Coast, TC2 found support with the TCE now pegged around US $8,061/day.  Over the next week, we expect this market to remain firm as fixing activity remains stable. 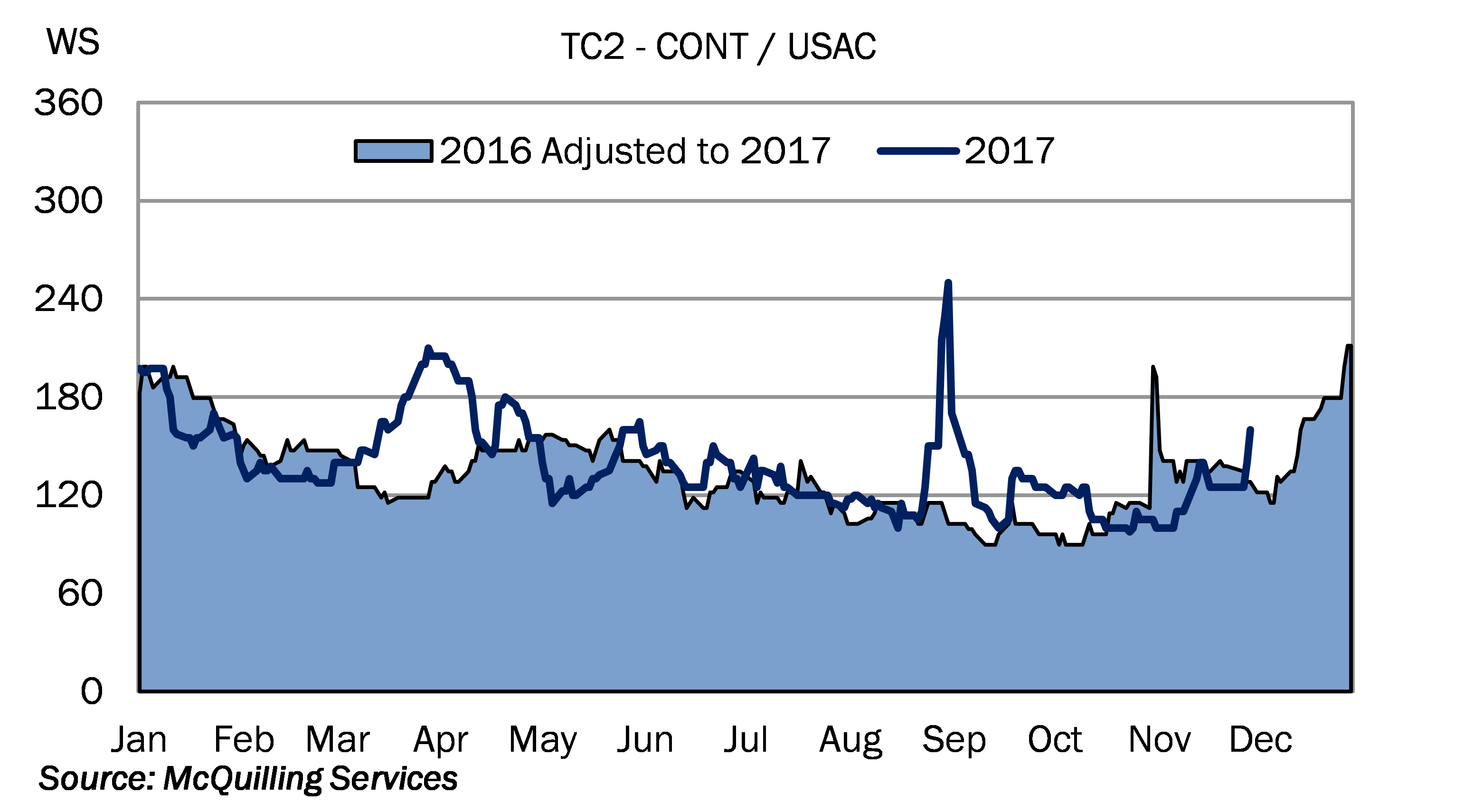